The report, launched on Tuesday, has been released as an online interactive, with the aim of shedding light on just how easy it could be for a person struggling with mental health challenges to end up in Ontario’s criminal justice system.

Sara-Jane Berghammer, the CEO of the society’s Sudbury chapter said the interactive is a follow-up to the organization’s previous report called Unlocking Change, released in 2015.

The hope, she said, is to renew the conversation around the criminalization of people struggling with unmanaged mental health issues.

‘It isn’t your problem’

The online interactive begins by inviting audiences to imagine what is likely a familiar scenario:

“You’re on your lunch break, when you hear yelling. You’re curious, so you look. You see someone who is angry, confused and clearly not well. You keep walking. It isn’t your problem.”

People who have mental health issues can get better and they can become healthier and more productive people in society.— Sara-Jane Berghammer, John Howard Society of Sudbury

What follows is a series of interactive timelines and sobering statistics on the current situation revolving around mental health challenges and the criminal justice system. For instance, the interactive asks readers, “Did you know almost half of all Canadians will have at least one serious mental health issue by the time they are 40?”

The interactive also puts forward five recommendations for actionable change, including employing creative problem solving to tackle the issue like increased training for health professionals to be able to appropriately deal with mental health crises, pre-screening offenders for mental health issues before charges are laid and pre-planning for inmates scheduled for release, so they are set up for success after incarceration.

For Berghammer, the COVID-19 pandemic has brought the issue of mental health to the forefront. The time for change, she said, is now.

“We don’t want to forget that people who have mental health issues can get better and they can become healthier and more productive people in society,” Berghammer said.

“It’s all in the approach — it’s all in our approach. And we have a responsibility to serve these people because they deserve better from us.” 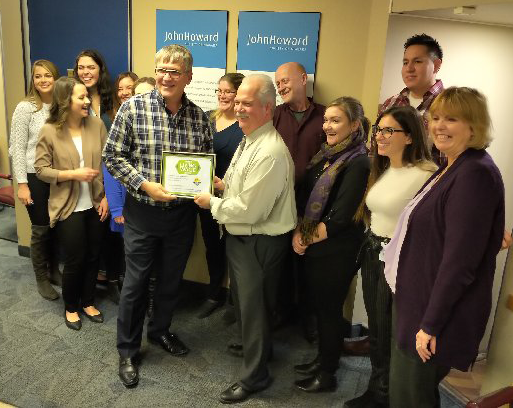