Since being founded in 1949, the John Howard Society of Niagara has endeavored to impact the Niagara Region and its residents as much as possible. Here are some of the projects that the JHSoN has proudly taken part in:

After being approached for assistance by the directors of the Children’s Discovery Centre, the John Howard Society of Niagara arranged for it’s weekend work program to assist in the restoration of Buchanan House, the centre’s current location. Now complete, there is no question that the workers who took part in this project had a major impact on the facility and the surrounding community. The Children’s Discovery Centre also benefited from contributions made by individuals referred to the John Howard Society of Niagara’s Diversion program. 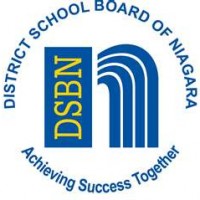 In the fall of 2002, the John Howard Society of Niagara partnered with the District School Board of Niagara to provide enrichment activities for approximately 80 children enrolled in behavior classes throughout the Niagara Region. In early 2003, the program was rolled out and the John Howard Society of Niagara subsidized numerous excursions such as bowling, swimming and other activities, such as indoor rock climbing at Peaks. Students also had a chance to experience Scott Bullet’s baseball camp. Several years later and to the benefit of countless children, many of the activities still take place under the ‘Changes’ program model. 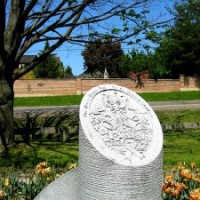 In 1992, the City of St. Catharines was approached with the idea to convert an unused piece of roadway into a walking park dedicated to the memories of Leslie Mahaffy and Kristen French. With the help of laborers from the Temporary Absence Program and other contractors, the Green Ribbon Trail took shape. Many local businesses contributed toward the development and in September of 1996, the Green Ribbon Trail was officially dedicated. It continues to be enjoyed by thousands of visitors each year.

In 1980, the John Howard Society of Niagara approached Tim Rigby, who at the time was the President of the Canadian Royal Henley Corporation, to see if the Society’s Weekend Work Program could be put to good use at the rowing course. What ensued was a wonderful long-term partnership with many notable accomplishments, including the men in the Intermittent Program having completed over 130,000 hours at the Henley Rowing Course. Countless time and effort went into work on all facets of the course, including playing a pivotal role in the overall maintenance of the course. Though now complete, this project still provides endless fond memories for all those who took part. 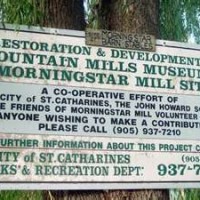 In the early 1990′s, the John Howard Society of Niagara entered into an agreement with the City of St. Catharines to restore the Morningstar Mill House back to the era of 1910. In 1992, restoration work began on the house. Funds were raised through various initiatives, such as bingo games and material donations were collected from local contractors. Initially, men from the Temporary Absence Program helped with the project labor. The Morningstar Mill House is still in operation today and is currently run by the City of St. Catharines.

The City of St. Catharines is ever fortunate to have an original four abreast Loof Carousel located in Port Dalhousie. In the winter of 1979, the Ministry of Correctional Services commissioned the John Howard Society of Niagara to operate a program for weekend inmates. Their first project was to restore parts of the carousel, such as the latticework, which decorates the carousel, and the repainting of the deck. The carousel was officially re-opened in 1982. 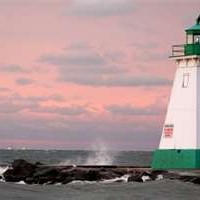 In 2000, the John Howard Society of Niagara was asked to assist in the restoration of the Inner Range Lighthouse in Port Dalhousie, which had originally been constructed in 1880. With labor provided by the Wayside Recovery House, under the leadership of Mr. Bruce Colby, the Lighthouse was rebuilt during the summers of 2000 and 2001. The lighthouse officially opened on October 6, 2001.

The John Howard Society of Niagara, together with Rodman Hall, envisioned the recreation of the gardens in 1982. The gardens behind the house had originated from the 1850’s and had been designed by the Duke of Kent’s gardener. The steering committee decided to plant azaleas and rhododendrons; making the gardens the largest collection of herbaceous plants in Eastern Canada. The HRDC provided funds for much of the labor and men from the Temporary Absence Program contributed to the workforce. The Rodman Hall gardens officially opened in 1988 and for years were maintained by participants of the John Howard Society of Niagara’s Intermittent Program. Today Rodman Hall is most used as an art gallery, though its gardens are still amongst some of the nicest in the area.

Strengthening Families for the Future

In the fall of 2012 the John Howard Society of Niagara joined a number of community agencies, including Family and Children’s Services, in supporting the Strengthening Families for the Future program. This prevention initiative, developed in the late 1980’s, engages families with children between the ages of 7 and 11 who may be at risk of substance use problems, depression, violence, delinquency and school failure.  Strengthening Families for the Future aims to reduce risk factors, build individual resilience and enhance family protective factors. 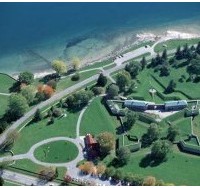 For the past two summers, the John Howard Society of Niagara has been fortunate to partner with other community agencies to provide the Summer Catch program in Fort Erie. This initiative invites at-risk secondary school students to take advantage of employment services, skills and personality workshops and local beautification efforts. The program also includes weekly engagement with the facilitators as well as a recreational component. Participants may earn community hours and one high school credit. 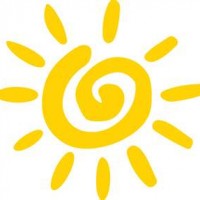 When the YMCA introduced the development of localized recreational programs, 28 in total, which would provide evening recreation for young people in Niagara ages 8-14, the John Howard Society of Niagara was pleased to be one of the funders.  During the course of the program, these funds were mostly used to provide special activities such as outdoor rock climbing, baseball and summer camps.